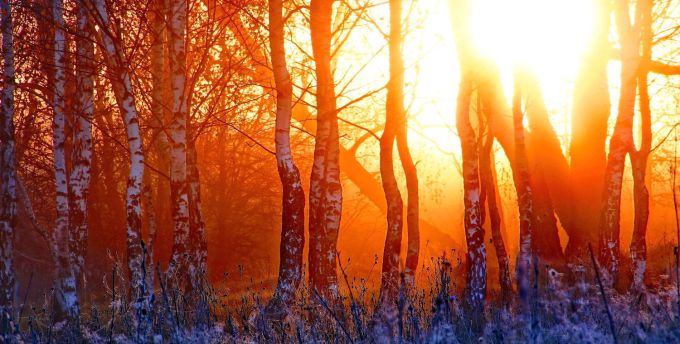 Valentine’s Day, in its current form, became popular in America only 200 years ago (around the mid 1800s). In ancient times, it was a Roman festival called Lupercalia celebrated Feb 13-15 with roots stretching back nearly 3,000 years (750 BC or before). Lupercalia, one of Rome’s most ancient traditions, was a day to celebrate fertility, whether it was that of women or the earth, and the promise of new life. These festivities were celebrated for more than 1200 years before being claimed as St. Valentine’s Days by Pope Gelasius I who sought to Christianize the Roman tradition.

In researching the history of these modern and ancient celebrations, it first seemed strange to me that we would have a holiday dedicated to love or fertility in the depths of winter. Upon greater reflection, this began to make perfect sense. If we look to what happens in nature this time of year, we find ourselves at a mid point between winter and spring — a time of year when the promise of spring can be felt, but not yet seen.  Deep underground the earth is preparing itself – warming up, as roots begin to stir.  And just like the roots or the bird’s young who come alive in late spring, we humans used to time our giving birth to the seasons.  At this time of year, the cause for celebration was the promise of Spring when we, or the earth, would give birth to new life. In this way, a celebration honoring fertility at this pivotal time of year makes complete sense.

It is important to remember that holidays were once “holy days” intended to bring a sense of wholeness and light — to connect us with the natural rhythms of the year. While St. Valentine’s Day continued certain traditions of Lupercalia, it shifted the focus from fertility (women or the earth) —  to romantic love (man and woman only).  In doing so, we took one step further away from our connection nature’s rhythmns and and one grand gesture closer to placing humans at the center of our world.

Other celebrations related to the coming of spring and fertility also take place this time of year.  An example is the pre-Christian Celtic goddess Brigid, the patron of the Imbolic festival in early February. The goddess Brigid was associated with the spring season or fertility, and translated literally, the holiday Imbolic means “in the belly.” Eventually, the goddess Brigid was adopted by the Christian church as Saint Bridget, the patron of midwives and newborn babies, and celebrated the same day.  Just as Lupercalia or Imbolic were adopted by the church, many Christian holidays replaced older traditions around the same span in our history (500-1400s).

Today, the meaning of Valentine’s day, and many of our holidays, are further dimmed by obligation and commerce. As we grow weary of this, I invite you to look back to the original meaning of this day and find ways to honor it in your own special way. To resist the pull of obligation or expectation that we humans just recently designed for ourselves. And while our stories and rituals on these holy days continue to morph, this is an invitation to go back to the one thing that has been steadfast — nature’s seasons. Inspiration to rekindle our admiration for the universal wisdom offered with each cycle of the year.

Wishing you the promise & growing light of the midwinter season.
Lupa, Jacque

—
In Celebration:
I spent this morning with a group of women reading poetry, talking in community, and dancing.  For the first time since I was married, I spent the day surrounded by a pack of strong, beautiful women.  There are some things in life that just feel “right” and marking the day the way we did felt so “right” that it will continue to be a lifelong tradition from this day forth.

Interesting Fact:
The root of the word Lupercalia is Lupa meaning she-wolf in Latin.  The patron goddess of this festival was believed to be a feminine wolf figure who was responsible for suckling the founders of Rome, Romulus and Remus, with her milk.  In 2007, a cave was discovered dedicated to the rites of Lupercalia noting the milk of the she-wolf and a fig tree (further symbolizing fertility). Two years later Shakira produced her famous song She Wolf with much related symbolism.